Most anticipated UKYA in 2015

I am so excited for so many books being published in 2015, I really am. It sounds like (and I think I say this every single year!) that 2015 is going to be the most amazing year for YA fiction. And especially for UKYA which has continued to grow and hopefully will catch a bigger spotlight.

Here is the very top of my list of most anticipated titles coming in the new year. 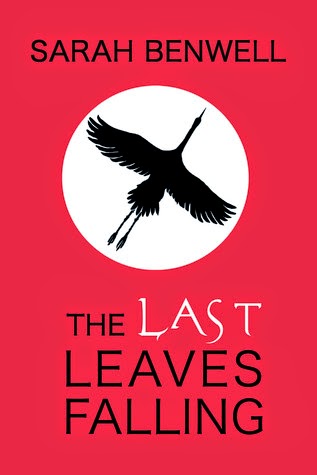 I'm not even sure when or how I first heard about The Last Leaves Falling but I think it sounds incredible. I'm so excited for this book. This book is being published by Definitions, an imprint of Random House, on the 29th of January. Definitely add it to your wish lists!  Here is the summary... 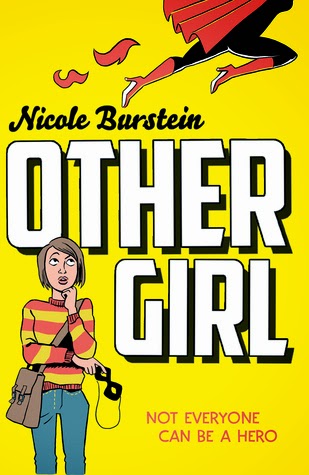 I absolutely adore the cover and product description for this one. And I've found it really interesting witnessing Nicole's journey towards publication as I've followed her on Twitter for a very long time.  I really can't wait to get my hands on this one. It's being published by Andersen on the 2nd of April.  Here is the summary to tempt you further...

Louise and Erica have been best friends since forever. They're closer than sisters and depend on each other for almost everything. Just one problem: Erica has superpowers.
When Erica isn't doing loop-the-loops in the sky or burning things with her heat pulse powers, she needs Louise to hold her non-super life together. After all, the girls still have homework, parents and boys to figure out. But being a superhero's BFF is not easy, especially as trouble has a way of seeking them out. Soon Louise discovers that Erica might be able to survive explosions and fly faster than a speeding bullet, but she can't win every fight by herself.
Life isn't a comic book - it's even crazier than that. 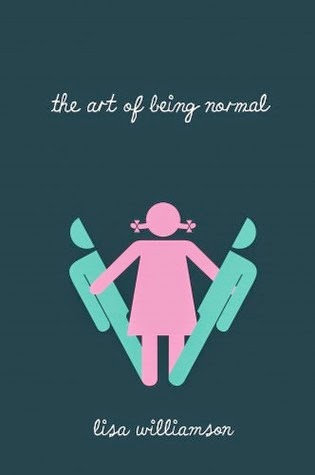 I loved seeing the #WhatisNormalFlashmob last week as the cover was revealed. And what a stunning, stand-out cover it is. I absolutely adore it.  Luckily, I do have a review copy of this book and by the time this post is published, I'll probably have already read and loved this one. But I still want to highlight this title here.  Already I've heard such amazing things about this book and I feel like it'll be the one to read in 2015. It's being published by David Fickling Books on 1st January. Here's more about it...

Two boys. Two secrets.
David Piper has always been an outsider. His parents think he’s gay. The school bully thinks he’s a freak. Only his two best friends know the real truth – David wants to be a girl.
On the first day at his new school Leo Denton has one goal – to be invisible. Attracting the attention of the most beautiful girl in year eleven is definitely not part of that plan.
When Leo stands up for David in a fight, an unlikely friendship forms. But things are about to get messy. Because at Eden Park School secrets have a funny habit of not staying secret for long… 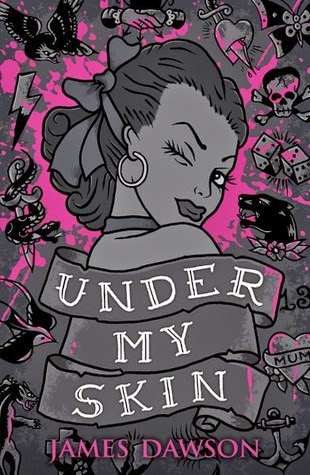 Under My Skin by James Dawson

Don't Hot Key Books produce some absolutely stunning covers? Look how amazing and eye-catching this latest from James Dawson is? It's published by Hot Key Books on the 5th of March and I'm really looking forward to it. I love the sound of a book involving a sinister pin-up tattoo.

Seventeen-year-old Sally Feather is not exactly a rebel. Her super-conservative parents and her treatment at the hands of high school bullies means that Sally’s about as shy and retiring as they come – but all that’s about to change. Accidentally ending up in the seedier side of town one day, Sally finds herself mysteriously lured to an almost-hidden tattoo parlour – and once inside, Sally is quickly seduced by its charming owner, Rosita, and her talk of how having a secret tattoo can be as empowering as it is thrilling. Almost before she knows what she is doing, Sally selects sexy pin-up Molly Sue, and has her tattooed on her back – hoping that Molly Sue will inspire her to be as confident and popular as she is in her dreams.
But things quickly take a nightmareish turn. Almost immediately, Sally begins to hear voices in her head – or rather, one voice in particular: Molly Sue’s. And she has no interest in staying quiet and being a good girl – in fact, she’s mighty delighted to have a body to take charge of again. Sally slowly realises that she is unable to control Molly Sue… and before long she’s going to find out the hard way what it truly means to have somebody ‘under your skin’ 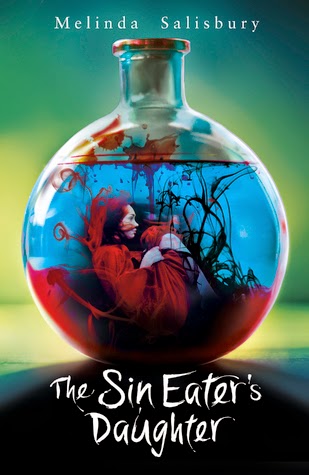 And last but absolutely not least is this lovely looking book! Again, no idea when or how I first heard about this book but everything about it from the gorgeous cover to the book summary make me slightly desperate to read this one. This fab sounding fantasy book will be published the 5th of March from Scholastic. More about the book...

A startling, seductive, deliciously dark debut that will shatter your definition of YA fantasy.
16-year-old Twylla lives in the castle. But although she's engaged to the prince, no one speaks to her. No one even looks at her. Because Twylla isn't a member of the court. She's the executioner.
As the goddess-embodied, Twylla kills with a single touch. So each week, she's taken to the prison and forced to lay her hands on those accused of treason. No one will ever love her. Who could care for a girl with murder in her veins? Even the prince, whose royal blood supposedly makes him immune to her touch, avoids her.
But then a new guard arrives, a boy whose playful smile belies his deadly swordsmanship. And unlike the others, he's able to look past Twylla's executioner robes and see the girl, not the goddess. Yet a treasonous romance is the least of Twylla's problems. The queen has a plan to destroy her enemies-a plan that requires an unthinkable sacrifice. Will Twylla do what it takes to protect her kingdom? Or will she abandon her duty in favor of a doomed love?

...Obviously this is just a small portion of the titles I'm excited for. Others include new books by Tanya Byrne, Non Pratt, Patrick Ness, Keris Stainton, Helen Grant, Zoe Marriott and Cat Clarke.


What books are you most excited to read in 2015?
Written by Michelle Fluttering Butterflies at 08:00

Email ThisBlogThis!Share to TwitterShare to FacebookShare to Pinterest
Labels: Books, british books challenge, ukya, ukya in 2015, waiting on wednesday, YA