REVIEW: The Crash by Lisa Drakeford 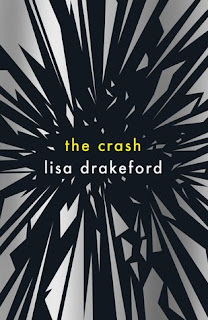 The Crash by Lisa Drakeford has an interesting premise.  The unfolding of a car crash that was witnessed by several different people and how that eventually plays out.  In The Crash, we have two teenagers and best friends, Sophie and Tye, who are indoors watching a film when a car comes crashing into the house, with twins Harry and Gemma in the car.  The entire scene is also witnessed by next door neighbour, Issy.

What was interesting about The Crash is the ways in which the different perspectives add layers to the story as we find out more about each of the characters and their relationships to each other or about what has gone on in their lives beforehand that lead to this rather unfortunate set of circumstances.  The ways in which Sophie and Tye's friendship had been changing subtly before the accident, Gemma's rather dark relationship history, Issy's home life.

I think, having read a previous book by the same author, I went into The Crash thinking I'd unravel the different strands to the story and it will end up being very different to the snap judgements I made at the very beginning. And that is true.  However, I ultimately found The Crash to be just a little bit too dark and a little too heavy on the details of some of the events that occur.  While I wanted to enjoy this book more than I did, I found myself a little uneasy with several of the story lines and that hampered my enjoyment.  I didn't feel it was necessary to provide quite so many details of family violence and abuse amongst one strand to the story, nor did I fully believe in the actions and choices made by some of the characters, namely Harry and Gemma.  While I appreciated the elements of a toxic relationship amongst an impressionable teen I felt like the combination of everything together in this one story was just (for me anyway!) was too heavy.

There were some more light-hearted moments to The Crash with the burgeoning relationship between Sophie and Harry, but even that is weighed down with Sophie's guilt of beginning a relationship with the person who caused her best friend to be in a coma.  I just wanted there to be ...something else.  It's hard to put my finger on what it is exactly that I wanted to be different.
Written by Michelle Fluttering Butterflies at 08:00