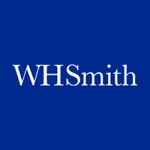 So, I'll have to preface this by saying I've worked in retail for the last 6 years and that to date, all of my jobs have been customer-facing. With all of that, I still don't have the best customer service skills, and generally wouldn't make complaints against shopworkers. Anyway, now that that's over with, let me tell you this - I live in a shit town where the only thing resembling a bookstore is a WHSmith, and not a very good one either. Anyway. So the other day, I was on the High Street, and because there's no interesting shops there anyway, I thought oh I'll just go in and have a look at the book department. The first thing I saw when I walked in was Size 12 Is Not Fat by Meg Cabot and 20 Times A Lady by Karyn Bosnak. I thought 'oh no, and I've tried not to buy any books lately!' These were on offer, buy one get one half off. I found another book I wanted, and looked around for a fourth. There was three bays in the book section of backlist titles (not stickered with Buy One Get one Half Price, but the display all had shelf strips that said BOGOHP), and I picked one up for the hell of it and brought it to the counter. The lady rings them up and I'm starting to feel guilty already about buying books. She tells me that the fourth book I picked up wasn't in the offer. I said I picked it up off your display that had loads of shelf strips that said 'Buy One Get One Half Price'. Two other members of staff are standing nearby. One is changing that display, and says 'It was still in there, you'll have to give it to her' the other staff member says 'It was meant to be taken out last week' But ultimately, it's the woman serving me who decides. She says 'I'm sorry, it's not in the offer any longer, I won't be able to give it to you' I say 'even though it was still in your display?' She says 'Yes, I'm sorry' I say fine and leave (without the books). I didn't ask to speak to the manager or make a fuss. Instead, I came home, and wrote an email to the Customer Services department of WHSmith. I explained everything to them, told them I expected better customer service. So, they're sending me a gift voucher to keep my custom. This way worked out much better for me.
Written by Michelle Fluttering Butterflies at 11:40