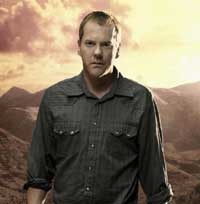 So we finally saw the season finale of 24. I chose this photo because I laugh everytime I see one of those tacky American adverts where it shows Jack all hero-like with dramatic music and aterrible backround like this one. It was all right. I think I'd have preferred a gunfight or some big explosion at the end instead of the First Lady tricking her husband. Oh well. I was thinking somewhere in the middle about the Chinese government wanting to take action about the whole last-season consulate thingy, but then I forgot about it. Jack will never have a happy ending, will he? Or at least not for how many years more has signed up for? I'm glad they gave a mention to Edgar. Poor guy, I liked his character. 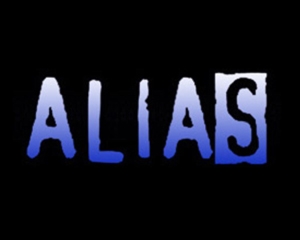 We also watched the last episode of Alias last night. I think if when I'd watched it, if the sound had been in sync, I may have cried. I loved the father-daughter relationship with Jack and Sydney. I wish we'd seen Greg Grunberg more in the last season, and more of Marshall in that last episode, but oh well. I'll be sad to see it go. I did like how they incorporated all of the old cast members during the season as well (Will Tippin, whatsherface who was cloned and then died, Sydney's mom, Sark) but I hope Marshall Flinckman gets his own spinoff show - how great would that be? Him, and his four boys. :) If not, what am I going to watch now?!
Written by Michelle Fluttering Butterflies at 12:28