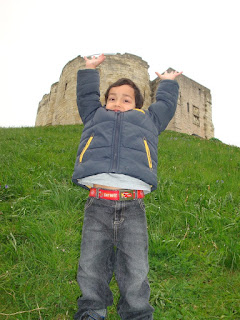 I'm getting farther and farther behind on my blog. Drafts keep piling up and I can't seem to find the right balance with everything. I'm sure most bloggers struggle with this and I'm sure in a few days I'll have found my feet again. Until then, here are some more photos of my recent holiday in York.

These first two photos were taken at Clifford's Tower, the scene of a terrible massacre of Jews in 1190. 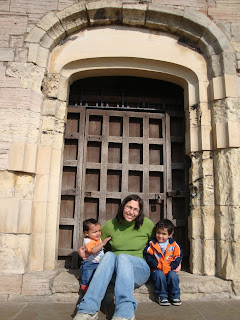 The walk up those steps was very long and hard work carrying Littlest. The views from the top were very pretty though. The top of Clifford's Tower as well as walking on the medieval city walls of York had a major impact on my vertigo. Both well worth doing, especially as the York has the most intact city walls in all of England. 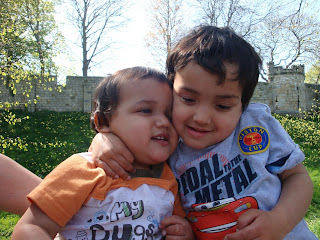 Here's Oldest and Littlest indulging in a moment of brotherly love after we'd walked a portion of the walls, which you can see behind them. It was such lovely weather while we were up there, and both boys were reasonably well-behaved throughout! 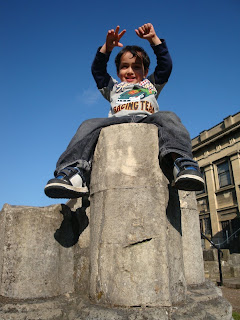 And, to wrap this up, here is one of Oldest in the Yorkshire Museum Garden atop some of the ruins of St Mary's Abbey. Both were very pretty and it was amazing to be surrounded by so much history and beauty.
Written by Michelle Fluttering Butterflies at 12:54