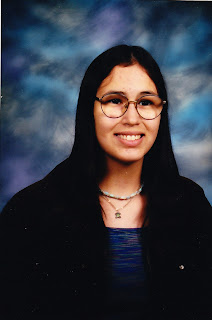 Like most of us, I was a pretty awkward teenager. Up until middle school, I was always very studious. I didn't really misbehave or get into any trouble. I didn't swear or have an attitude or anything. And then my teenage years happened and things started to change. My parents had gotten a divorce when I was 11, and things at home had never been very happy, which had a lot to do with things. Plus, I'd always thought of myself as a plump and plain-looking girl.

During the first two years of middle school, my best friend from when I was 8 started hanging around more with a different group of girls (who smoked and went out with boys) and I felt friendless and alone during my tween years. Having not grown up around other women, I had no idea how to do my hair or wear makeup. I hadn't worn a dress since I was very little, I don't think. I just didn't have a clue - about what to wear, or how to act around boys.

Besides my best friend who mostly abandoned me, my only ever constant group of friends had been the girls that I hung out with during sports practices and choir. I will be the first to admit that I was never very good at sports or singing, but I loved doing both. When choir became something that you had to 'try out' for instead of accepting everyone, I stopped trying to be involved. And sports, while at one time I really loved, became something that I was uncomfortable with as my body started to change. I felt clumsy and huge and incredibly self-conscious running around playing soccer or softball, paranoid that people were judging me. So I quit that too. 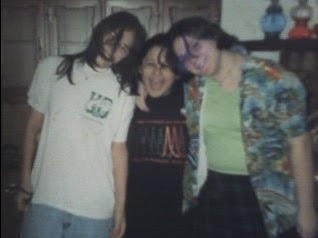 To make matters worse, my 8th grade year, the final year of middle school, when I turned 13, we moved. It was my third middle school in three years. At some point I did think, PHEW! I can start over. But the first day rolls around and the first person that says anything to me that day was this horrid (but popular) boy who asked me in the cafeteria 'Are you a boy or a girl?' I was humilated, especially when everyone seated at his table roared with laughter. I had recently had a very short haircut which was the latest in a long string of bad haircuts. It felt like that one comment would destroy me as well as set the tone for the rest of the year. 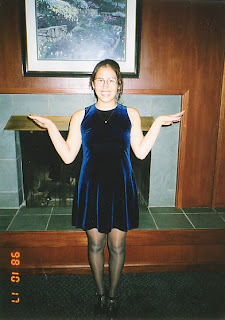 Fortunately, it didn't. I managed to fall in with a great group of friends. I've never been very outgoing and this was worse during this period of time. I'm very lucky though to have been adopted by some great girls. Despite claims of 'best friends forever' and all that, I was never that close with anyone. I wasn't very open about what I was going through at home or how I was feeling, but it didn't really matter. We had some fun times and I think I needed the fun factor in friendships more than I needed to be open and honest about more serious topics. This was the year that I really began writing stories and my first attempts and finishing a novel. Though it wasn't always great either. I remember a boy in class singling me out because I didn't pluck or shape my eyebrows.

And I think high school was too big of a transition for me. I was excited for high school. I've always loved learning and one of the things I was most excited about was taking both French and Spanish. I had this crazy idea that I'd learn seven languages by the time I was grown up. Despite the extra work involved, I decided to enroll in my high school's International Baccalaureate programme. It was the first year that that had been an option and I thought it sounded cool. It wasn't. All of the extra work and the added academic pressure was too much for me to handle, especially with how emotionally fragile I was at the time. Despite all the added stress and expectations to do well in both my regular high school classes and my IB classes, it never occurred to me to drop out of IB. I look back now and think how obvious that solution seems. But I couldn't see that at the time. I just kept at it, even though I fell behind and struggled and struggled and struggled. 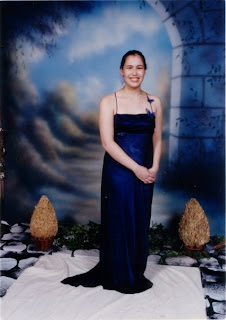 It became easier to just stop going to classes. And once the work had piled up to where it was beyond manageable and I had no idea how to get caught up, I stopped doing that too. At that point, without going into it too much, things were getting tougher and tougher at home. I ended up turning towards the Internet in order to vent how I was feeling and so that I didn't feel so alone. At 16, I didn't continue with high school. I ended up getting a job and taking classes at my local community college.

Things changed slightly for the better. Working and getting regular pay cheques gave me more confidence, as did the change out of the high school environment. I had my first actual relationship with a boy who'd called me 'pretty' for the first time in my entire life, but in the end it caused me nothing but heartbreak. And as I was beginning to give up hope that anything good would become of me or of my life, I met N. Or at least I began to appreciate what a good friend he was to me.

I began to see myself a bit through his eyes. Because as a teenager, I never really liked myself. I had a raging eating disorder with binge eating followed by days of starvation nearly crippling me. I'd scratch up my arms and legs with my nails or other sharp objects. My inner voice told me constantly that I was no good, that I wasn't worth anything, that I was a failure and a disappointment. That it was impossible for anyone to love me. And slowly, I began to see things differently. 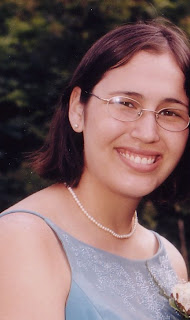 Where I could not picture a future before, with N I could see one. I could see myself being happy, with someone I loved and who loved me back. I could see a lifetime of support and understanding and acceptance. And with a huge amount of effort, I began to crawl out of that deep, dark hole I had been in. I started making plans, saving up. I was to be moving to another continent, getting married.

I look back on my teenage years now and I wish that I'd been more comfortable within myself to be that nerdy girl that I hid away from everyone. The girl who loved to learn and speak different languages. The girl who liked to sing along to cheesy commercials and religiously watched Buffy the Vampire Slayer and read absolutely everything and anything and wanted to change the world and right all the world's injustices. But I wasn't. I was sullen and withdrawn and I didn't ask for help and I didn't speak up about my own troubles and problems. And that's OK.

Because I'm happy to be that person now. And that's all that matters, right?
Written by Michelle Fluttering Butterflies at 09:14