Guest Post: On the inspiration for Angel's Fury by Bryony Pearce 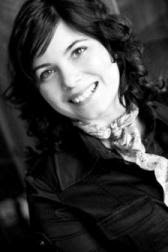 I have the great pleasure today of welcoming back Bryony Pearce to my blog today to celebrate the last stop of her fabulous Angel's Fury blog tour!

I absolutely adored Angel's Fury (read my review) and found it to be an exciting and different YA book to anything I've been reading! Angel's Fury is about a girl suffering from horrible nightmares who learns the nightmares are memories from her past lives.


To find out more about Angel's Fury or Bryony Pearce, please do visit the following websites, and over to you, Bryony...

My secondary characters are often drawn from life, an amalgamation of characteristics, physical attributes and tics that I’ve noticed and been impressed by (either positively or negatively). The appearance of Seth for example, is based on an older boy from school.

The protagonist in Angel’s Fury, however, is not so easily pinned down. All my main characters tend to be created in the same way – at some point an image pops into my head of the character in a frozen moment. I can see them clearly, I even know their name but I don’t yet know their story.

When I see Cassie, I still see her in as she first appeared to me - struggling up out of a nightmare, her hair in disarray, her face tormented, patting herself down to check that she is still alive, still herself.

I know Cassie comes from a part of me because I suffer from nightmares myself. In fact I was an adult before I found out that the extremity of my nightmares was greater than the norm. A colleague was telling me about this terrible dream she’d had … and her idea of a bad dream was my idea of a pretty good night’s sleep. I was curious. So … no blood? No-one trying to kill you? No monsters ripping your limbs off? It’s obvious that a large part of Cassie comes from that not so well buried part of me.

But Cassie is so much more complex than just a physical receptacle for dreams and I didn’t know why this character suffered in this way. Then in 2002 I flew to Bali and the in-flight magazine had an article on reincarnation. Fascinated, I made of point of visiting temples and speaking to the locals about their beliefs - and that gave me a reason for Cassie’s bad dreams: reincarnation. I asked myself what would be the worst point in history for her past life to have come from and the natural answer was ‘the holocaust’. Cue a great deal of research – thank goodness for the Internet. 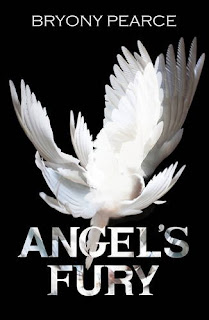 I still didn’t have a story for Cassie though, so she sat there in the back of my mind until I stumbled across the myth of Shemhazai and Azael. Cassie’s story fell into place almost instantly and I wrote the first draft of Angel’s Fury (working title Incarnation) in about seven months.

I wanted the book to be as grounded in reality as possible partly because I’m keen on accuracy where possible (I have a research background), partly because real life stories and facts can be so inspirational (often research took my story off in fruitful alternative directions) and partly because the more closely based in reality a piece of writing is, the creepier I find the paranormal elements.

I like to think my book is a chilling paranormal tale with an air of realism that comes from a great deal of research and Cassie herself, who visited me years ago and never left.
Written by Michelle Fluttering Butterflies at 08:58