I am very pleased today to welcome to the blog, Anne Cassidy!  Anne's latest book, Dead Time, is the first in new series called The Murder Notebooks.  It sounds absolutely intriguing, but don't take my word for it, here's the product description:

Rose and Joshua first met when Joshua and his dad came to live with Rose and her mum. Then their world turns upside down when their mother and father go out for dinner one evening and never return. With police inquiries going nowhere, Rose is dispatched to live with her chilly, unfriendly grandmother and Joshua is sent to live with his uncle. Then Joshua comes to London to study and Rose is witness to not one, but two murders. Why is this happening to Rose? Can it be anything to do with the investigations Joshua has been doing into the disappearance of their parents? A taut and pacy thriller that is the start of a stylish new series from an acclaimed writer for teens.

To find out more about Dead Time or Anne Cassidy, please do visit the following websites: 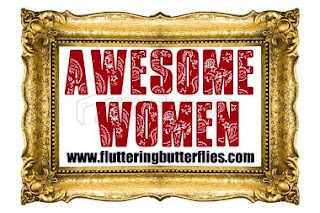 I am a writer of crime fiction for young adults. I have one son and live with my husband and two dogs in Essex. I am an Essex girl.

I grew up in the sixties so my role models were the film stars of the time. I wanted to be beautiful and thin and happy and marry Mr Right. I eventually married Mr Right but for the rest – I don’t know. 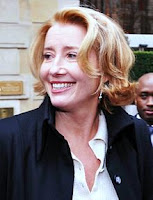 A film star or an air hostess.

My mother is a huge influence on me. She has powerful emotions for her family. She is a good and generous person. We fought a lot when I was young but I knew I needed her. I’ve met professional women in my life that I admired (as a teacher and a writer). I always used to look at the things they did and the way they were with people and I would try and emulate those things. Sometimes successfully.

Maggie in ‘Breathing lessons’ by Anne Tyler. Maggie is one of life’s optimists and stands tall against the wave of family strife that threatens to engulf her. She tries to put things right. Nothing ever goes right though but you have the feeling that Maggie will never give up trying. I like that.

I was a very difficult teenager. I always wanted to be older than my years and I pulled away from my parents as much as I could. I was sulky and secretive and I was always falling in love and having my heart broken. I thought I knew what I wanted in life so I left school early, with almost no exams and went to work in an office. It didn’t take long for me to realise that I was wrong. The one sensible thing I did when I was seventeen was to put myself on the birth pill (without my parents knowing).

Whatever advice I might have (with the wisdom of age) would be rejected out of hand or listened to with forbearance to be forgotten immediately after. Teenagers don’t take advice. Adults might think they do. They don’t.

I like reading and thinking about how to make the most of the coming years. I don’t want to retire so I must keep on writing and maybe at some point write a novel for adults. I suppose HEALTH is a big issue too. I dread becoming old and needy and hate the fact that our society hasn’t faced up to this as a major issue.

I still feel like a teenager especially when I’m in a queue in M and S and there’s only one person serving and four unmanned tills. Then I want to explode.