Today and (hopefully!) every Sunday until the end of the year, I'm hoping to tell you a little bit about some of the amazing UKYA authors that I've discovered this year. They aren't all 2013 debbuts but they are all authors that I've read for the first time this year. I hope that you'll become just as excited about them and their stories as I have been! First up, is Sharon Jones... 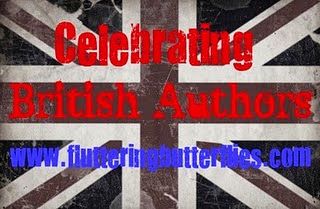 I don't remember how I heard of Sharon Jones before her debut book, Dead Jealous, was published (in July of this year by Orchard Books). But I know I've been following her on Twitter for ages... Sharon's absolutely lovely and I was always very excited to read her stories. 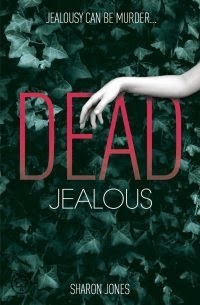 1) I love that this book is about an atheist at a Pagan festival. A Pagan festival! I've never come across anything else like it in YA and it feels wonderfully different and refreshing to come across something original like that. I also enjoyed seeing how Poppy deals with and questions her (and those around her's) beliefs. Religion and spirituality are themes in YA books that I find particularly interesting to read about and again, I love that we're introduced to belief systems that myself and other readers may not know much about.

2) I've written before how much I like love stories involving best friends. I fell in love with my best friend so I'm drawn to similar stories. In this though while Poppy is in love with her best friend, Michael, he has a girlfriend who is not Poppy. Ah, unrequited love hurts like a bitch and all of those painful, jealous feelings are present in this book.

3) I loved the mystery element to this book. I loved trying to puzzle together what happened to Beth, this girl that Poppy meets and bonds over the fact that they're both in love with people who don't return the feeling, and then Beth ends up dead the following morning. There's an entire festival of people available as suspects in what Poppy feels is murder. And while the local police are ready to call it a day on the investigation, Poppy won't let it go. She goes out of her way to ask questions and place herself in some tricky situations. I'd love to have Poppy as a friend, I think that'd be ace. And I wasn't anywhere close to guessing beforehand what had happened to Beth. I had my suspicions and they were of course, all wrong. This book had great twists and reveals and I was on the edge of my seat!

4) In fact, all of the characters in this book are wonderful. I loved seeing all the complexity to each of the characters. This story is told with a dual-perspective between both Poppy and Michael and I kind of fell in love with them both. But so many of the other characters stole a bit of my heart too, especially Bob, Tariq and Kane. 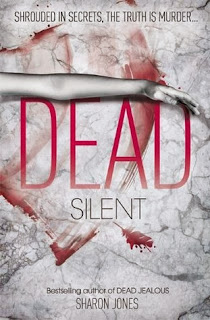 5) And I think the final and most wonderful thing about this book is that it is the first in a series about Poppy Sinclair! The next book, Dead Silent, is being published in February of 2014 and I couldn't be looking forward to it any more than I already am! Even though *bites nails* I'm worried about what might happen to some of my favourite characters...

So, Sharon Jones and Dead Jealous. Definitely an author and book that I'm THRILLED to have discovered this year. Have you discovered Poppy Sinclair as yet?!

If you're interested in finding out more about Sharon Jones or Dead Jealous, please do visit the following websites:

You can also read my review of Dead Jealous and read an interview with Sharon Jones on the Author Allsorts.

And! Don't forget to watch the fab book trailer, which I've only just found:

Written by Michelle Fluttering Butterflies at 10:35