Hugely excited today to be taking part in the #YAShot blog and vlog tour again, this time with another of my favourite authors, Laura Jarratt!

Skin Deep really made me sit up and take notice of Laura Jarratt and since then I've always eagerly awaited anything else by her. I especially loved the exploration of identity in her first two novels. But here we are discussing YA Shot and libraries and getting published!

To find out more about Laura Jarratt and her books, do visit the following links:

To find out more about YA Shot, check out yashot.co.uk

Hello and welcome to Fluttering Butterflies! Could you please introduce yourself and your books? 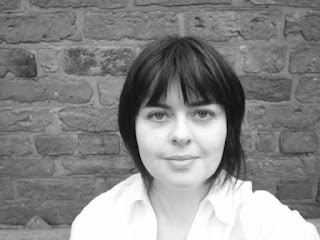 Hi, and thank you for having me. I’m Laura and I write YA fiction – romance/thriller is probably the best way to describe my published books, although I’m not really bothered by labels. ‘Teen fiction’ is enough of a category for me.

I’m never very interested in authors’ personal lives but for those who are, I’m married with an eight-year-old stepson and a two-year-old daughter. We’ve got two RSPCA rescue cats, which belong to my daughter, Orlaith. My family is of Irish descent and my husband’s family are a mix of Welsh and English. After twenty years working in comprehensives, I recently moved into the special education sector and I’m now a Headteacher at a school for children with physical, medical and other complex needs. It’s a great job and I’m lucky to be in a position where I enjoy what I do.


You'll be chairing a panel at YAShot called 'Crime and Punishment: fictional wrongdoing and human rights' which sounds really intriguing. What can we expect from this panel and who do you think might find it interesting?


You’ve got a real range of writers on this panel, and a real mix of books in their catalogues. One question I will be asking is whether fictional wrongdoing should always be punished – I expect some interesting answers to that one! I haven’t met any of the others yet but my experience of these things is that we all tend to have very different personalities too, so that should make for a lively debate. My job is to make sure everyone gets to talk and throw some questions into the mix if we stall.

I think it should appeal to all lovers of YA fiction because the books we’ve written are so different that there’ll be something for all readers. Audience participation is always great so come with any questions you want answered.


What other panels or authors are you looking forward to seeing or meeting at YAShot?


I’m hoping we arrive in time to see Playing with Time: Historical fiction and historical settings. And I also want to catch Trigger Warning: Exploring sensitive issues in ethical ways. Which reminds me – I really must find time to ask my husband if there’s anything he’s particularly interested in. I’m dragging him along with me at it’s our anniversary the day after and we’re having some away time in the Cotswolds, so we’ve got to shoot off up there at 5pm. It means I don’t get time to hang out with the other writers afterwards but my family always comes first. Hopefully I’ll find some time to catch up with a few people and say hi to some of the bloggers


YAShot is an event celebrating libraries! What do libraries mean to you?


When I was a kid, we lived in a council house in a very deprived urban area. My mother was a single parent and worked really hard in her job to keep up a decent standard of living. She took me into Manchester city centre every week when I was small to buy me a book and she was the one who taught me to read. Until I was eight, there was no library within easy reach and I was a very fast reader. When a library finally opened near the shopping precinct, she enrolled me in their opening week. I got dropped off at the library on Saturday mornings while she did her shopping and I’d spend the morning browsing the books, fiction and non-fiction. Reading gave me a window into different worlds and the library expanded my horizons even further.

All kids need access to a library and the ones who need it most are the kids whose parents can’t afford books for them.

You've had 4 YA novels published so far, what were your biggest obstacles to overcome with each of these books?


With Skin Deep, which was my favourite of all of them to write, it was getting used to working with an editor. One of the reasons I signed with Egmont was because I find Stella Paskins great to work with on shaping a book, but there is definitely a process to get used to in working with your editor and building the relationship is really important.

The hardest thing about By Any Other Name was actually meeting the deadline. I had real trouble getting through the word count because I was in a new relationship (I did marry him eventually so he was worth the disruption to my writing) and operating outside my normal writing routine. Structurally it was quite difficult to get the balance right too. We were aiming for a faster pace than with Skin Deep because the book leans much more towards ‘thriller’ and I find that really hard to judge – which is where Stella comes in.

Writing Louder Than Words was lovely because I was off on maternity leave but I did try to be too clever and it didn’t come off so I ended up having to do a monster edit to chop out sections where I’d had Rafi write from ActionX’s perspective. It seemed like a good idea at the time from the point of view of her wanting to be a writer but what I really ended up doing was killing the tension.

I thought I’d found my writing pattern after three books but In Another Life destroyed that view. I just could not write this book in sequence so I ended up writing the first quarter and then the last quarter, and then going back and filling in the middle. It’s because I don’t plot before I write and I hit a panic zone at 25k with this book, which was only dispelled by writing the end so I knew where I was going. I’m fairly pleased with how it came out in the end though, but it wasn’t at all what I thought it would be – I still have some pangs for the book I wanted to write in the first instance.


Can you tell us a little something about your experience in getting an agent and having your first book published?


I didn’t go the usual route and submit. Actually, technically, I did do that at first but with another book and I got nowhere. But while that was going on, I was writing my second unpublished book on a website called Authonomy. It’s where I first came across Stella Paskins because I won a review on my first 10k. While I had my work up there, my agent spotted it and contacted me. We didn’t go out to publishers with that book (Freefalling) as she thought it was too hard to sell commercially but I’d already had another fledgling idea, which became Skin Deep, and she signed me after seeing the first 20k of that. I finished it and she took it out to publishers. Ultimately I had two publishers offering and we went with Egmont. I was actually co-agented initially by Ariella Feiner and Simon Trewin while Ariella (who was then Simon’s assistant) was setting her own list up. Having his name behind us helped editors take us seriously  - he’s a lovely chap and gave me some really good advice about getting the final draft ready to go out for submission.

That’s a really hard question. I don’t read nearly as much YA as I used to. Two reasons really: firstly I have a full time job and a two year old to look after, as well as writing, so my reading time is much more limited than it was; secondly, I’m more into adult fiction at the moment. I guess I’m looking for something amazing to sweep me off my feet in YA. I have high hopes for Jenny Downham’s third novel Unbecoming, but I don’t have time to do it justice at present so I’m waiting for a holiday to read it. At first I thought the pre-release information was uncomfortably like an adult book I’m working on so I was relieved to read more about it and find it’s very different.

In all honesty, I want to find a ‘To Kill a Mockingbird,’ in UKYA soon. I think we need to up our game and write more of the kind of books that stand the test of time and become classics, those books you still remember twenty years later. You don’t get many of them, of course, but I really feel they’re much too scarce at the moment.


What has been the best experience when interacting with your readers?


I rarely get out to do events because I work full time in term time and it’s not the kind of job where I can take time off so I don’t get to do book tours. My favourite events are school audiences outside of school buildings, like book awards or the Edinburgh book festival. I’m happiest talking to teens and I love doing Q&A sessions with them because they always ask something interesting I wasn’t expecting.  If pushed to declare a favourite, it would be the Portsmouth Book Award – it was a great set-up and I got to talk to fans and hear what they thought of the books.


And finally, can you give us any clues as to what you're working on at the moment?


I’m writing something for the adult market at the moment – a reading group-type novel about a woman investigating the decades-old death of a child who is haunting her.

The YA novel I’m writing next is moving away from thrillers. I want to do something with a bigger concept – a love story on a grander scale, that questions one of the great mysteries of life. There’s no guarantee I can pull it off but I’m giving it a go. I am concerned I’m not good enough to write it though!

Thank you so much, Laura!