April where did you go? You sped past me so very, very quickly!  And with April gone, so is the first FOUR months of 2014. That's 1/3 of the year already passed by. I'm just going to let that sink in.

Here are the books I read in April...

I read 5 books this month for LGBTApril and I absolutely loved every minute of it.  It was a great event and I'm so glad that I took part in it. Towards the end of the month though I had to focus a little bit more on some review books and I didn't quite get to as many books as I would have liked. Even so, I had a great reading month in April! I also finished two of the series I had on the go: the Divergent series by Veronica Roth and the Dustlands trilogy by Moira Young! 15 books in total? Not bad.

April Book of the Month: 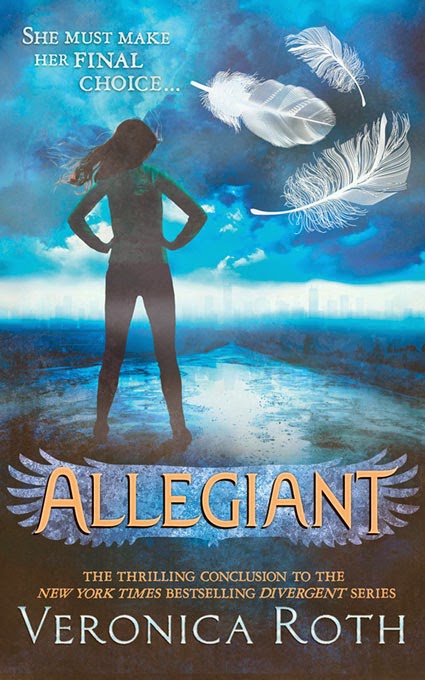 Every other 'winner' of my book of the month this year has been a UKYA title and I really wanted that to continue ... but nothing else compared to the amount of feelings I had during and after reading Allegiant. I actually cried myself to sleep after reading this book with the events of what happened still on my mind hours after finishing it.  *grabs tissues*

Gold Rush by Jordan Lynde
A Kiss in the Dark by Cat Clarke
Obsidian by Jennifer L Armentrout
Far From You by Tess Sharpe
Adaptation by Malinda Lo
Ask the Passengers by A. S. King
Huntress by Malinda Lo
Rebel Heart by Moira Young
The Fearless by Emma Pass
Storm by Brigid Kemmerer
Shadowplay by Laura Lam


A lot of the books (6) reviewed this month were read for #LGBTApril which was an event I took part in during April. I was really excited to take part in this and read some fantastic books for it. I also loved reading and reviewing four really fantastic UKYA this month. That's important to me.


I think it's pretty amazing that I've written 20 reviews and other blog posts for my blog but also filmed, edited and uploaded 10 booktube videos on both of my channels. Please do support my booktube adventures by subscribing to both my own booktube channel, cloveryness, and my collab channel, BookishBrits.  Thanks, guys!

If you are an author of UKYA and are published in 2014 and would like to write a guest post or take part in one of my features, please do let me know! I'd love to have you.

I'm really pleased to have read 26 books already in the first four months of 2014. Do you think I can make it to 100 by the end of the year? I really do love reading UKYA. It is my favourite and I really stumbled across some great books in April!

Yikes! Only two of my own books read in all of April. My yearly total is still under 10! Which is what I've originally challenged myself to read in a month. Tell me again why I'm bothering with this :( Hopefully in May, with my #NewToMeMay challenge I can whip through lots more of my own books. Hopefully.


What was your favourite book that you read in April?
Written by Michelle Fluttering Butterflies at 08:13